Chapelhill Croft, 5 miles from Keith, is ideally situated for touring the countryside and coast of the North East of Scotland, being midway between Aberdeen and Inverness. Keith lies in the valley of the River Isla, some 10 miles from the Moray Coast. 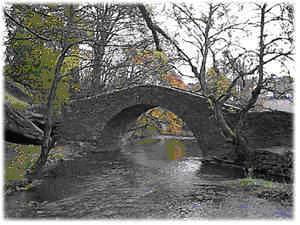 The Auld Brig in Keith, a packhorse bridge that was built in 1609, is well worth a visit, being the oldest remaining bridge in Banffshire and one of the oldest in Scotland.

The Malt Whisky Trail gives the opportunity to experience the history and the process behind the production of Scotch, one of the world's most popular drinks. Strathisla, the oldest working distillery in the highlands and home to Chivas Regal is an ideal starting point.

You may spot Dolphins and Seals at Spey bay and Cullen. Fishing is available on the rivers Spey, Deveron and Isla or along the Moray coastline.